EasyInspect for flexible packaging film inspection is the most comprehensive inspection solution for all types of flexible packaging. Small local defects are detected just as reliably as overall material property variations and corona treatment. EasyMeasure continuously monitors the overall physical properties of the blown film. 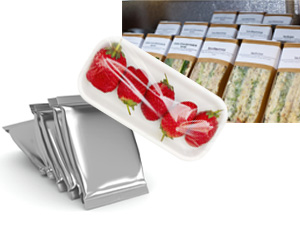 Typical tasks for EasyInspect and EasyMeasure for flexible packaging film inspection include:

EasyMeasure monitors 100% of the material surface to control the coating homogeneity of e.g. water-based coatings on stretched film, the layers of metallized film, or the glue distribution of laminated film, and the transparency of BOPET/ BOPP film after stretching. It generates a homogeneity map of layer properties, i.e. coating regularity, surface structure, reflectance, and transparency, for the full width of the film. This allows identifying irregularities both in the base film and processed films, like metallized films and laminated films.